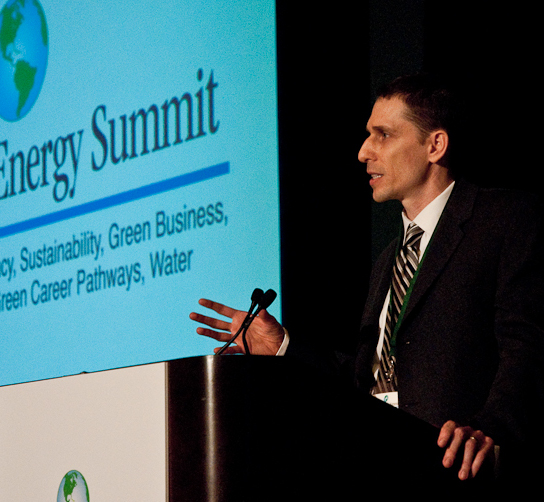 Jeff Siegel is the publisher and managing editor of Green Chip Stocks, an independent investment research service that focuses primarily on alternative energy and transportation markets, sustainability, and agriculture.

In addition, he is the managing editor of Energy and Capital, Wealth Daily, and Liberty Briefing, as well as a contributing analyst for the Energy Investor, an independent investment research service that focuses primarily on stocks in the oil & gas, modern energy, and infrastructure markets.

From 1994 to 2001, Jeff worked for Agora Publishing, one of the largest financial newsletter publishers in the world, before packing his bags and traveling across the globe in search of mega-trends and his own version of nirvana...

He found both in the burgeoning alternative energy markets.

Jeff's early analyses of alternative energy and sustainability drew much criticism from the status quo. His youth, unapologetic capitalist spirit, and abrasive nature didn't earn him many accolades from colleagues, either...

Often declaring, “Capitalism is a catalyst for positive change,” Jeff continues to spot the most lucrative alternative energy companies in the world. And his thousands of loyal readers have made small fortunes in the process.

Jeff also works as a consultant, has been a featured guest on Fox, CNBC, and Bloomberg Asia, and is the author of the best-selling energy book, Investing in Renewable Energy: Making Money on Green Chip Stocks and is the co-author of Energy Investing for Dummies.

Is it Possible to Make Money While the Planet Burns?

The Truth About Tesla’s Autopilot Deaths

Why the World Is a Better Place Because of Elon Musk

Is Charlie Munger a Communist Sympathizer?

What the “Experts” Got Wrong About Elon Musk

Why Elon Musk Is Unstoppable

The Best Way to Beat Inflation

Is U.S. Petrodollar Dominance Over?